The Language of Yoga: Shiva & Shakti 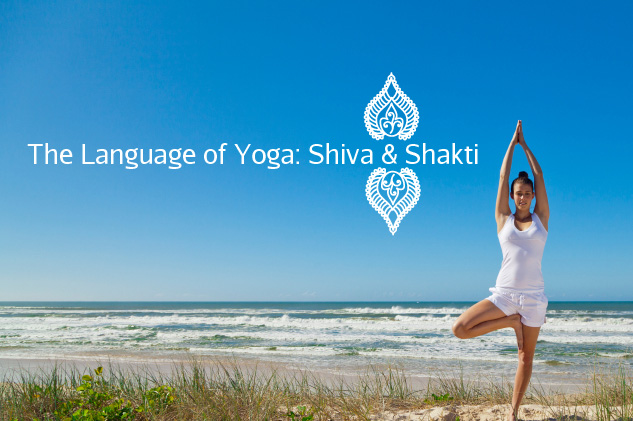 On a lot of people’s minds these days is this thing called balance, which for many of us is not so easy to come by. Making changes to our lives and our selves takes a lot of work, time, practice, failed attempts, redirects, and, hopefully, eventual victories. And what draws a lot of people to yoga is that it helps us break down the old ways of thinking and doing that don’t serve us very well any more – and this is what helps pave the way for the more productive stuff. Funnily, this two-part process is beautifully represented in the ancient concepts of Shiva and Shakti. Even if learning about folklore and deities doesn’t normally strike your fancy, paying attention to these two is worth it, since they embody the ideas of psychological change and growth in an almost-scientific way.

Jeff Migdow, MD, the former director of the Kripalu Yoga teacher training program, and current director of Prana Yoga teacher trainings in New York City, says that it’s almost impossible to think of Shiva and Shakti as separate entities, since they’re like two sides of a coin. “Shiva is the embodiment of the destructive/transformative aspect in the universe,” says Migdow. “He is a male energy or deity, one of the most revered in Hinduism due to his transformative nature. It is said the Void that exists before the physical universe is created is the essence of Shiva. He is said to be the father of yoga.”

So Shiva is about destruction – but destruction in a good way, since he breaks down the old to create space for the new. The root of shiva or siva, is si, which can translate as auspicious, so Shiva is known as the “auspicious,” “good,” or “benevolent one.” Migdow adds that since Shiva is responsible for clearing out the old, “his name is a key word in Sanskrit chanting and prayers. One chants to Shiva to destroy the parts of our ego which lead to thoughts and actions which create pain and suffering in our lives, obstacles that keep us from true love and joy. Focusing on Shiva helps us experience our true selves in the present moment.”

Shakti, the “wife” of Shiva, represents a feminine form of energy. The word comes from the root shak, which means “to be able.” Says Migdow, “Shakti is from a Sanskrit word which is the energy that fills the universe, specifically the active fiery feminine energy. On a more personal level, it is the name of the aspect of the divine mother, the feminine energy of the universe, who is Shiva’s consort, or female aspect.” If Shiva represents the void, he says, then out of this emptiness comes “the essence of all life, the feminine energy, or Shakti.”

The two entities are bound together, both in the folklore and in practice – thinking about how they relate to one another can be helpful, as we try to “undo” old patterns of behavior and lay down new ones, literally forming new tracks of connections between brain cells. “In ancient times statues and drawings depicting Shakti always were with Shiva,” says Migdow. “Half of the statue was male Shiva, the other half female Shakti. They are said to dance together for eternity and their dance creates the physical universe and then destroys it. Focusing on the word or essence of Shakti helps purify these aspects of ourselves leading to healthier body, balanced emotions and mental clarity.”

Bringing the concepts to mind every now and then – or regularly, in a daily practice – is important for those of us who are trying to break down old ways and bring in new ones. When it comes to choosing a practice, you can settle on whichever method you find works best for you. Some may chant the words Shiva or Shakti, depending on what energies you want to conjure up. Migdow says that if you want “to access both transformation of destructive patterns and replace them with heartfelt vitality and joy, you can chant them together as was done in ancient times…’shiva shakti, shiva shakti, shiva shakti…..’ The more you can feel this in your heart and emotions, the more it will occur.” Or you may choose to meditate on them silently, just bringing to mind the concepts of Shiva and Shakti, and the fact that transformation is something people have been trying to do – and doing successfully – for a long time. And the fact that yoga in all its forms – asana, meditation, mindfulness, mantras – can go a long way in helping us get there.