The Feminization of Yoga 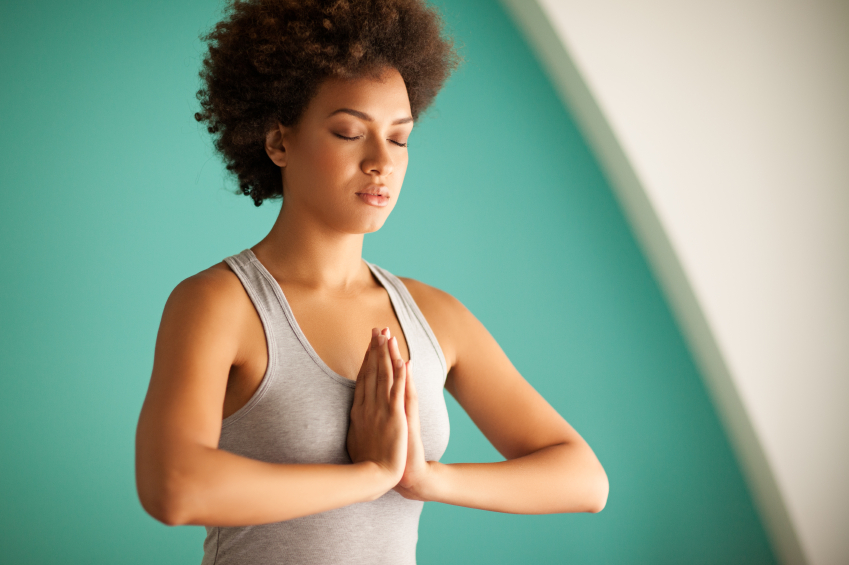 If you’ve attended a yoga class recently, chances are that a good portion of it, if not the vast majority, is made of up women. Depending on how you look at it, this might either be a benefit or a drawback of the practice (more on this to come), but in any case, it’s the reality. One of the more interesting questions to me has been why yoga became a “women’s practice” in the first place. For a tradition that began as fundamentally male (with a very few exceptions) on another continent, it’s curious that it has become so predominantly female over here. How did yoga make the jump from Eastern men to Western women? And what happened to it in the process?

To help answer these questions, I spoke to a number of people – as luck would have it, mainly women – who suggested that there are several answers, some philosophical and some technical.

One of the instrumental female yogis in this country was Beryl Bender Birch, who has also been fascinated by the phenomenon, as she witnessed it firsthand. She says that when she traveled around India in the 1970s, yoga was still “run” by men, and women were all but banned from it. She suggests that one answer to the question of how yoga made its leap, in very broad terms, comes from the fact that the East has always been somewhat more associated with the “feminine,” and the West more “masculine.”

Western men weren’t really able or available to embrace yoga in the same way, so women were the key: They were the ones who could relate to both realms – East and West – and so they served as a sort of conduit for yoga, allowing it make its transcontinental leap. Of course, yoga had to morph somewhat to do this, and not everyone is totally happy with these changes.

Nischala Devi, who translated the Yoga Sutras, points out a more functional explanation, which also explains the shifts yoga had to go through and is still feeling today. She says that the American women who popularized it back in the 1960s were often homemakers, and as such, they were the ones who had the time do yoga. “Housewives were the ones who had time to think about these things for themselves, and they had time during the day to do it. This is why women embraced it…. They were available, but they were also hungry for it. They didn’t want traditional religion, they wanted a practice that had no dogma attached to it.” These were the women who took classes,

But, she continues, things changed a bit as yoga laid down new roots. “In the 1980s, yoga became more about the physical. This was also during the fitness revolution, and some women were more comfortable in yoga practice than running, working out, and so on. This is when women really came in droves. The 1990s were all about buns of steel and strengthening from the core. Now here we are in second decade of 21st century, where it’s stuck as a physical women’s practice. It’s really become labeled a ‘Woman’s Thing.’”

Linda Sparrowe, who’s also done a lot of interesting work in this area, agrees that women’s co-opting of yoga has been necessary, and in fact yoga wouldn’t have survived in this country without it. Women have “basically had to pull apart yoga and put it back together in a way that allows yoga to meet people where they are. In some ways, it’s completely different from its origins, but in many ways it retains its core beauty.”
So it may be to women’s credit that yoga has become popular these days, but the kind of yoga that’s popular is troublesome to some. The main issue that’s still going on here is that Yoga = Physical. While this isn’t in itself a bad thing, the physical (asana) is just a fraction of traditional yoga. Beryl says that while she coined the term Power Yoga to appeal to the Western mind, her yoga incorporates all eight limbs of the practice and has never wavered. Others, though, have dropped the other seven, making it, as Nischala Devi said, simply a workout. All the women agree that helping Americans experience the other seven limbs is essential.

There’s good news though: In the same way that women have been the “door” through which yoga has entered the American mainstream, asana is the portal through which we can get to yoga’s more significant benefits: meditation, attention, and awareness. “Asana was always the gateway for meditation,” says Beryl. “It begins to train us in attention, and yoga’s bottom line is all about paying attention. The more you focus your mind, the more clearly you see, the more conscious you are. But there’s much more after asana.”

So, like most things, yoga is in its own evolution. It may have started with women and with asana, but it’s starting to change. “We’re very young in our practice – we’re basically in kindergarten,” says Beryl. “The ‘Yoga Scene’ – the looking good in class, having the right outfit – is a temporary phase. We’ll go deeper. We’ll get back to the questions like, ‘who is this true self I’m looking for?’ When you start addressing these questions, and looking inward, it changes you.” We’ll continue to move towards this, she says, but it may take some time.

More on women’s role in yoga to come. In the meantime, how do you feel about the fact that yoga is so largely female today? What are the benefits and drawbacks? Do you see it shifting?