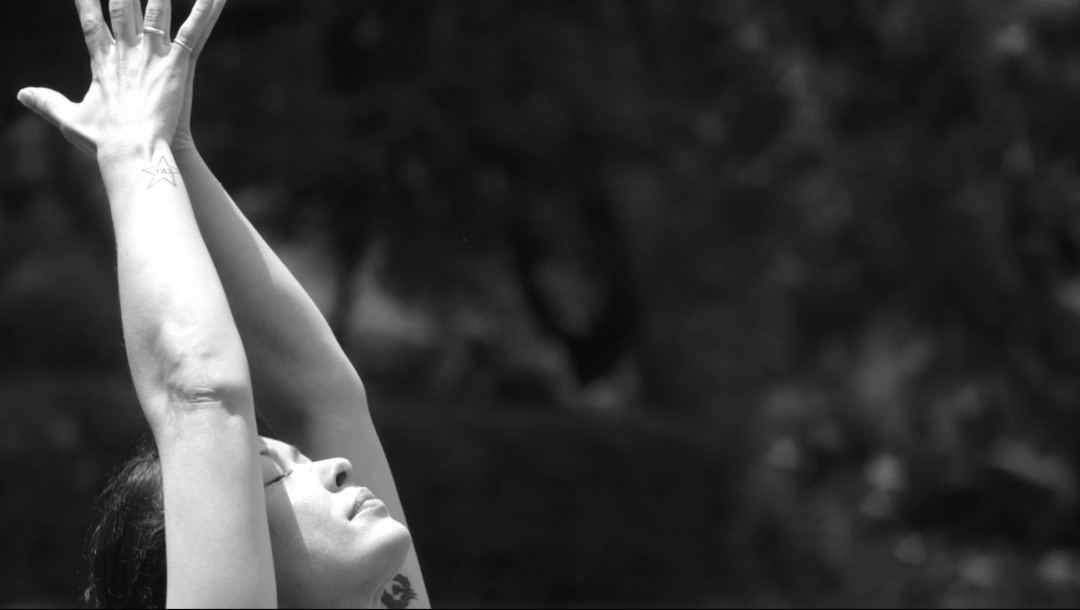 People often say that yoga rejuvenates them, makes them feel stronger, more flexible, and maybe even younger than their actual age. And yogis whose practices are about more than the physical – that is, who get the mental and spiritual elements of yoga in, too – do seem to have a healthy, youthful glow about them. But when it comes to aging, can yoga actually make us age more slowly? The evidence isn’t totally clear, but there may be some ways in which yoga can help us age better, and even reduce some of the genetic changes that normally come as we get older.

One of the best methods we have for measuring aging is telomere length: Telomeres are material at the ends of your chromosomes, which keep the chromosomes from “unraveling,” like the plastic tips on the ends of shoelaces. They shorten over a person’s lifespan, and this shortening is linked with a number of diseases. But there appear to be some things that we can do to keep them from shortening so quickly. And yoga and/or meditation may be one.

In fact, one study by the well-known cardiologist Dean Ornish and colleagues, found that for men who had early-stage prostate cancer, adding yoga along with other lifestyle changes seemed to affect telomere length significantly. The researchers had half of the participants add into their routines yoga, meditation, changes to diet and exercise routines, stress reduction and social support. The other half of the participants didn’t make these changes. By the end of the five-year study period, the men in the first group had significant changes in the length of their telomeres – they actually became longer over time – and in telomerase, the enzyme that controls telomere activity. The control group did not enjoy the same changes. It’s hard to say whether it was the yoga or all of the changes together that lead to the benefits, but yoga may certainly be a key ingredient.

And here’s another study, from UCLA, which deepens this possibility. It found that yoga helped people who were caregivers for a family member with dementia (arguably one of the most stressful jobs there is) in a number of mental health measures – and, like the earlier study, in their telomerase activity. The team had participants learn Kirtan Kriya, or simply listen to relaxing music, for 12 minutes a day for eight weeks. At the end of this period, the caretakers had improved scores on measures of depression, overall cognitive functioning, and in their telomerase levels, compared to the control group.

Finally, very recent work by the same UCLA group found that Kirtan Kriya also helps people at risk for Alzheimer’s disease. They had participants with memory problems, but not Alzheimer’s disease, learn Kirtan Kriya and Kundalini yoga or do various mental exercises that are known to improve cognition. At the end of 12 weeks, both groups improved in verbal memory. But people in the Kriya group had larger gains in visual-spatial memory, and these changes were seen at the level of the brain (on MRI). This group also had reduced symptoms of depression and anxiety, better resilience to stress, and improved coping skills.

“Historically and anecdotally, yoga has been thought to be beneficial in aging well, but this is the scientific demonstration of that benefit,” says study author Harris Eyre. “We’re converting historical wisdom into the high level of evidence required for doctors to recommend therapy to their patients.”

Finally, meditation itself has been shown to have some incredibly impressive effects on cognitive decline, and even on the aging brain. A review study in 2014, by a team at Harvard, for instance, found that meditation can offset the cognitive decline that can come with age. It may even reduce the loss of brain volume that naturally occurs over time: Everyone’s brain volume shrinks as they age, but research from Emory University found that for long-term meditators, their brain shrinkage was considerably less pronounced than people who didn’t meditate.

It’s too soon to say whether yoga can really slow or reverse the aging process, or help you live longer. But there’s some good evidence that it may help some of the issues that we do know are associated with aging. As far as the other things go – flexibility, strength, and overall well-being – those you may just have to gauge for yourself.