In Praise of the Quiet Class 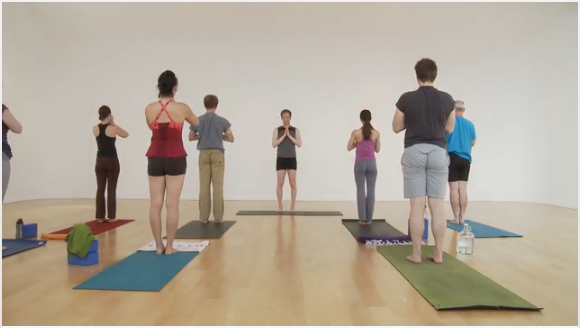 I don’t play music in my classes and almost never listen to it when I practice. If you do either, I don’t think any less of you. Honestly. In fact, there are plenty of good reasons to listen to music when you practice and teach: it’s emotive, it’s motivating, it’s enjoyable, and it creates an ambiance. Even more, music can help hold the space for your students and allow you to rest your voice more often. Still, I don’t play music in any of my classes, and, while I’ve changed my tune about countless other things in the past, I don’t anticipate a James Taylor accompanied savasana any time soon.

When the occasional student asks why my class is lo-fi, my first line of defense is that I would never subject anyone to my record collection. Unless you already listen to Shellac, Samiam, and Avail in steady rotation, you probably don’t want to start now–and you definitely don’t want someone else screaming at you when I’m telling you to spread your toes in trikonasana. But, the more I think about it, I realize that there are reasons other than the fact I prefer music that you won’t hear on XM’s Kirtan channel (I made that up to embellish the narrative–XM doesn’t have a Kirtan channel. I shudder to think…). Here are a few of them.

I live in San Francisco. Our street is not particularly busy, but our upstairs neighbors are and their footfall is enough to drive me to the brink of insanity each day. I use a laptop, an iphone, and an ipad each day. I listen to the radio, I watch television, I interact with the world around me and I’m also overstimulated. The majority of my students are the in similar circumstances and the yoga room is one of the few environments that they can get a little more peace and quiet. I cherish the silent moments of tadasana, seated meditation, and savasana. I revel in hearing everyone’s breath in surya namaskar and knowing that when I am quiet for a moment the entire room settles.

I sometimes watch sports when I practice. I love it. I always turn the sound off. When I admit this I’m looked at like I’ve just committed blasphemy. And, yet…. And, yet… there are live bands and dj’s in half the frickin’ yoga classes nowadays! It’s a completely bizarre double-standard that, ironically, flies in the face of more nuanced understanding of how attention works in a human brain. Our auditory sense is much, much primal than our visual sense. Hearing sounds diverts attention much more than seeing sights. You can close your eye-lids but you can’t close your ears because the survival of our species depends on quick, immediate, reflexive response to sounds. Again, a legitimate case can be made for the value of listening to music while you practice and teach, but I find that the ability to hone the mind’s attention and cultivate moment-to-moment attention is unsurpassed in a quiet room.

Sometimes I feel like I’m a dinosaur because I don’t play music in class. In better moments, this emboldens me and makes me think that I’ll be in even greater demand at some later date because of my retro sensibilities. Other times, I feel like the clock is ticking toward my quick, untimely demise. Both are unlikely. But, more to the point: quiet classes are old-school. Meditating on subtle sounds–nada yoga–is old, but that’s not the same as doing sun salutations to beats supplied by your studio’s in-house DJ. The saints, sages and mystics after which many postures were named weren’t concerned with their playlist. Krishnamarcarya and his principle students who have had such a lasting impact on contemporary practice taught in quiet rooms. And, very few of the West’s first generation of master teachers play music in their classes to this day. Maybe they’re just fuddy duddy and I’ll be standing in the unemployment line with them soon. Maybe they just didn’t have the interest or technology, or maybe they were on to something important. It doesn’t matter really matter, but if you’re a dinosaur–or, if you choose to become one because–you’ll be part of a pretty righteous legacy.

Jason Crandell was recently named one of the next generation of teachers shaping yoga’s future by Yoga Journal for his skillful, unique approach to vinyasa yoga. Jason’s steady pace, creative sequencing, and attention to detail encourage students to move slowly, deeply, and mindfully into their bodies. Jason credits his primary teacher, Rodney Yee, teachers in the Iyengar Yoga tradition such as Ramanand Patel, and ongoing studies in Eastern and Western philosophy for inspiring to him bring greater alignment and mindfulness to Vinyasa Yoga.

Jason is a contributing editor for Yoga Journal and has written over 13 articles for the magazine and website – many of which have been translated internationally (including Japan, China, Italy and Brazil). His integrative and accessible teachings support students of every background and lineage, helping them to find greater depth, awareness, and well-being in their practice – and in their lives. Follow Jason on Facebook and Twitter. 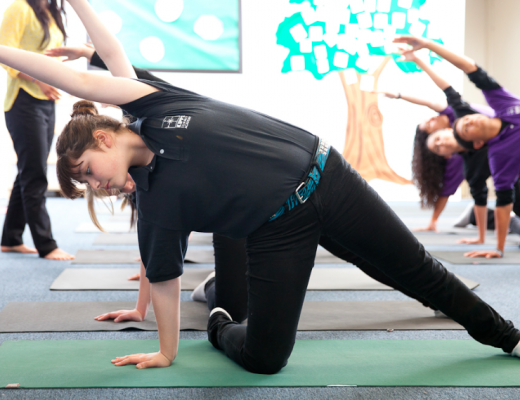 YOGA AND MINDFULNESS FOR K-12 TEACHERS 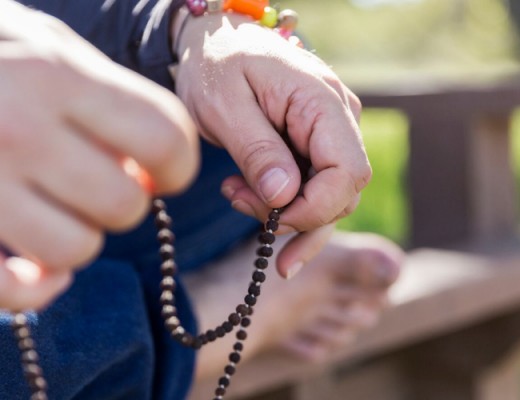 Learn How to Skillfully Add Meditation Into Your Yoga Classes 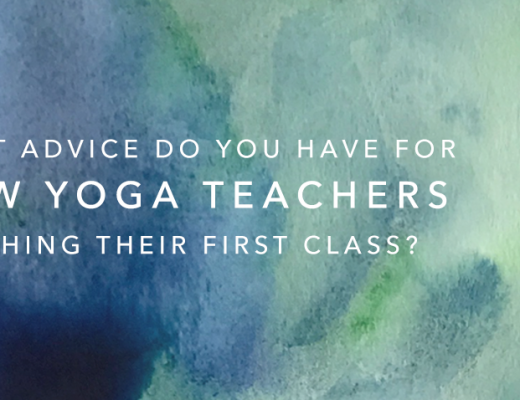 Ask a Yogi: What advice do you have for new yoga teachers teaching their first class?