The Science of Chakras – What the Chakra, Indeed 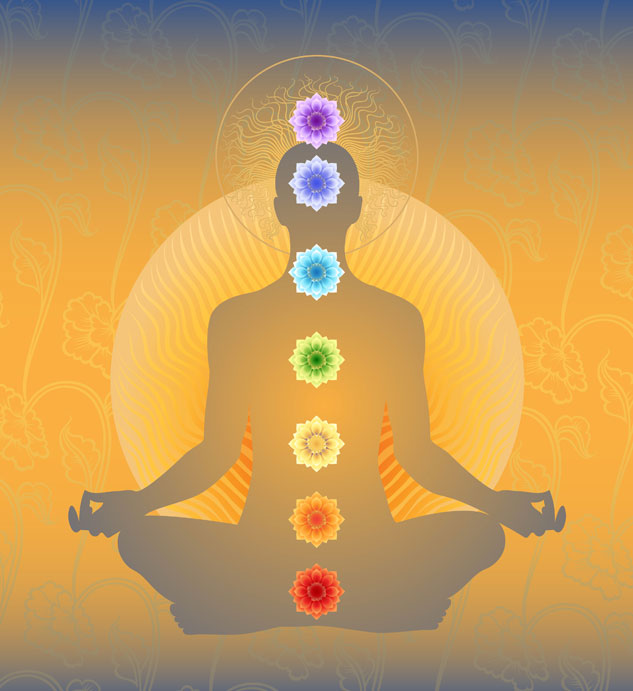 Beginning a yoga practice can feel a little like entering a play already in progress. You can pick up the general storyline pretty quickly, but there are some integral plot details you really need to go back for in order to get the full experience.

By the same token, there are terms used in yoga classes which are a little bit elusive to the beginner. Namastes and Ohms are easier understood, but there is a wealth of vocabulary that reflects trickier concepts. The idea of chakras is one that can be harder to grasp, especially for Westerners (or for me, at least). I’ve kind of avoided delving into the chakra question, but figured I should give it a go, since clearly, having been around for millennia, it isn’t going anywhere. Understanding chakras in the most sciency way was, of course, my goal, since this is generally what makes things tangible and come alive.

What I found in my search, however, surprised me. Of the many people I polled, from doctors to researchers and everyone in between, not many wanted to comment. Some said there was too little research, some said the question was too large to get into quickly, and some just declined to comment. Scientific literature searches didn’t reveal much.

A couple of people did volunteer to “go there.” One was Jeff Migdow, MD, who has taught yoga and headed teacher trainings at Kripalu. He first explained that chakras are typically thought of as “swirling spheres, or spinning vortices of energy. The faster they spin, the more energy is sucked into energy body.”

I told him that I was having a hard time wrapping my brain around that. I wanted to know how they can exist in the physical body – if you could measure them with equipment, or if they were more philosophical in nature.

Migdow suggested that while the concept of chakras is an ancient one, there are some biological links that have been suggested more recently, which may help Western minds feel a little less skeptical. One idea is that each of the chakras corresponds to a nerve plexus in the body – points where nerve bundles branch off to innervate different parts of the body. For example, the root chakra might correspond to the coccygeal plexus, the heart chakra to the heart plexus. Another theory is that the chakras correspond to the endocrine glands of the body: the crown chakra to the pituitary gland, third eye chakra to the pineal gland, the root chakra to the adrenal glands, and so on. Communication within the nerve fibers or fluctuations in the endocrine (hormone) system might correspond to the shifts in energy that some experience as chakras.

While these theories seem logical on some level, they seem to be just that – theories. In the end, I’m not sure there is much empirical Western evidence that the chakras exist physically. But I’m also not so sure that this matters much. It may be more about subtler changes or movements of other particles throughout our bodies. Even more, it may be about how we choose to conceptualize chakras for ourselves that’s the real evidence. As I discovered from researching further, their existence is, quite possibly, larger than the literal.

Stay tuned for more on chakras. In the meantime, please tell us your own thoughts: How do you conceptualize chakras? How do you feel them, experience them, and relate to them, both in class and outside of it?