Turtles, Tapas and Yoga of the Subtle Body 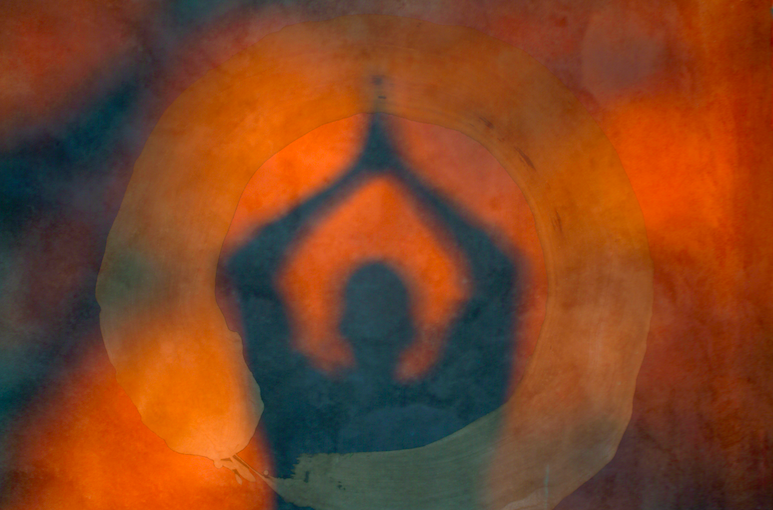 After thousands of chatturangas and over a million OMs, I thought it would be good to write a book on yoga. Because not only have I spent countless hours on the mat surfing the interior of my own connective tissues, but I have also spent hours and hours with my buttock bones on the meditation cushion. All of my inner visions that have steeped inside of me for years like tea leaves, now have found their way into written form.

My journey started with a really heavy hitting practice. This is where many of us start, doing a practice where you sweat so much that your mat becomes like a waterslide. At first I thought that the more I cranked on myself, the more progress I would make. This is familiar to many. It is called in yoga, tapas, literally to burn up. Then after 30 years, I figured I did not have to
burn myself up or exhaust myself in order to make progress. My practice became a lot slower and more intricate.

The change in my practice was like the difference between listening to bone rattling drum beat (think of the rock riffs to rouse the crowd during sporting events) versus listening to the melodious sound of the flute. This is the way the classic texts of yoga describe the evolution of yoga; movement from gross to subtle, from outer to inner and from the density of the physical to the levity of spirit.

My book, Yoga of the Subtle Body, describes this very journey. In writing the book, it became clear to me that in the eyes of the ancient seers of India, the form of the body is not simply utilitarian, whose purpose is to eat, sleep and reproduce. Rather the body is a sphere where cosmological and elemental energies get played out. It is a site where sun light is reflected, wind roams, rivers flow and flowers bloom. It is where lotus flowers, turtles, serpents and dragons dwell. In this sense the body is never to be taken literally, but figuratively. In the book, I take the reader on a little pilgrimage through the connective tissues, the bones, nerves and glands and end up with Light on Infinite Space (my title for the last chapter).

On the tour through the body I talk about Gandhi’s fasting, the microbes of the gut, the tortoise who holds up the world on its back, and my experience of having my feet washed at a traditional Indian wedding. Readers are taken on a tour through the chakras, starting at the feet and spiraling up to the top of the skull. In this sense the book is an excellent primer for my upcoming YogaGlo course, the Anatomy of the Chakras, I am offering this winter. In this course we will discover how the chakras are like power spots in the body, charged with vitality, vibration, color and feeling. Like any power switch, the chakra centers can be amped up or turned down. Through visualization, meditative focus, sound, and movement one can impact the flow of vitality through the chakras. In my on-line course students will come to a clear understanding of how the chakras get distorted, blocked or constricted and how to regenerate power and flow within the chakra.

I so look forward to being on the mat with you soon….

TIAS LITTLE’s unique and skillful approach enables students to find greater depth of understanding and awareness in their practice, both on and off the mat. His approach to the practice is inter-disciplinary, passionate, intelligent, innovative and full of insight. Tias synthesizes years of study in classical yoga, Sanskrit, Buddhist studies, anatomy, massage and trauma healing. Tias began studying the work of B.K.S Iyengar in 1984 and lived in Mysore, India in 1989 studying Ashtanga Vinyasa Yoga with Pattabhi Jois. Thus his teaching brings together precision of alignment, anatomical detail and a profound meditative experience.

Tias is a licensed massage therapist and his somatic studies include in-depth training in cranial-sacral therapy. His practice and teaching is influenced by the work of Ida Rolf, Moshe Feldenkrais and Thomas Hanna. Tias is a long time student of the meditative arts and Buddhist studies beginning with Vipassana and continuing in Tibetan Buddhism and Zen. His teaching style is unique in being able to weave together poetic metaphor with clear instruction filled with compassion and humor. Tias earned a Master’s degree in Eastern Philosophy from St. John’s College Santa Fe in 1998. Tias is the author of three books, The Thread of Breath, Meditations on a Dewdrop and Yoga of the Subtle Body.